The team is led by Mr. Namgay Dendup who worked with Bhutan’s Forestry, Wildlife and Ecotourism services for 19 years, before voluntarily resigning in 2017. He personally guides and provides training to all the team members to perform according to Druk Siddhi Tours (Bhutan Siddhi Tours) vision.

Mr. Namgay apart from sitting in the office enjoys being in the field and, for that reason he has completed the Guide Course (with Distinction). Even during his government service days, he used to go as a guide for the government official delegations due to the following reasons.

Namgay is well versed in all aspects of tourism and played a crucial role in formulating Community Based Eco-tourism, Home-stays, the New Trek route, Recreational Parks, and Nature-Based activities in Bhutan. He was also involved as Ornithological Consultant for Renewal Energy for Climate Resilience (ADB and DRE, Bhutan)

His work entailed him to frequently travel the length and breadth of the country, and interact with local communities and other people while conducting socio-economic surveys. Besides he also managed to trek even the World’s Toughest Trek route of Snow-Man Trek on 3 occasions while making countless times to other trekking routes such as Jomolhari trek, Lingshi-Laya-Gasa trek, Masagang trek, Ada-Rukha trek, Merak Sakteng, Gangkar Puensum Trek, etc.

The nature of his work enabled him to acquire in-depth knowledge of local livelihood, traditions, culture, history, floral and faunal knowledge of different regions of Bhutan. It is evident from the several Socio-economic Reports/Publication that he has produced covering different areas of Bhutan (refer to publications mentioned in blog posts on challenges and opportunities as a socio-economist).

Above professional experiences stand as a testimony to having really understood the various natural, historical and cultural resources of Bhutan. In fact, each and every region of Bhutan present its uniqueness but it’s saddening to see that most fail to appreciate it, let alone interpret it. As an instance, most guests just tell as “Dzonged-out” (enough of Dzongs). However, there are plenty to present beyond just Dzongs, for which we are ready!

As such join us to explore that uniqueness and unveil the untold stories of the Last Shangrila! 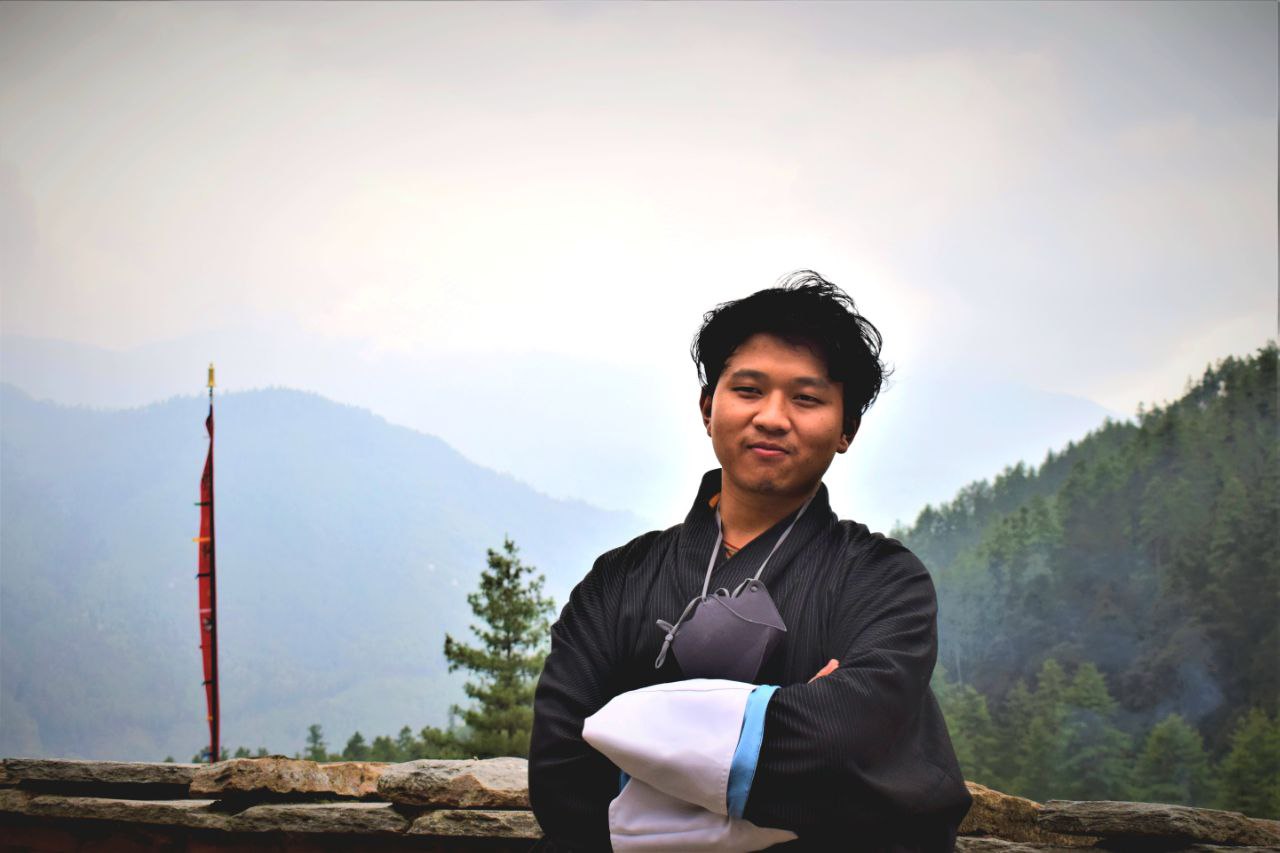 After completing his BBA from St. Joseph College in 2018, in Darjeeling India, he is involved as Assistant Manager. He is responsible for keeping a book of accounts, making tour bookings, and customer service. He likes cooking and has been found to be handy as he does not feel tired once in the kitchen, and importantly tourists love his dishes.

He completed his Bachelor of Business Administration with a major in Hospitality Honours in Marketing in 2020 from Swiss Institute of Management and Hospitality, Zurich, Switzerland. He is involved with marketing and promotional activities, besides looking after the hotel reservations and bookings. His hobby is playing music.

After completing the Bachelors in Mass Media and Journalism from Parul University, Gujarat India in 2019, she looks after the company’s media and IT activities. Her hobby is photography and travel blogging.

The other team members consisting of guides (cultural, trekking, nature,), hiking crew members, drivers, cooks, helpers, etc are engaged whenever deemed necessary. As such Druk Siddhi Tours maintains good contacts with the best of the best freelance staff in the market. This practice prevailed due to the Covid-19 pandemic in order to judiciously utilize the budget.